In the first reading, we have Daniel who got the vision. It is not an ordinary event, but an extraordinary one. The setting is heavenly, in the sky between the clouds, far above the earth. A procession of a power handover to a child-like human being. The power as a King. This is not a coronation of an ordinary king, but the King of all nations – King of the Universe: “… that all peoples, nations, and languages should serve Him”. It is even added that the power and kingdom of this King is everlasting (v. 14).

While John the Evangelist told the story of Pilate with the scene of the court trying to confirm Jesus’s status as the king of the Jews. Instead of answering, Jesus asked him back. It looked as if He was “judging” back Pilate. Did he really want to know the identity of Jesus? Or did he actually believe the accusations of the chief priests? Did he try to defend the truth and had he examined thoroughly the case of Jesus that was reported to him? Or did he accept the lies and gossip of the chief priests?

Pilate tried to dodge, he used the chief priests who handed over Jesus as a shield for saving himself. He admitted to not knowing about Jesus’ case, as he was not a Jew. In fact, he did not care. He did not care for the truth. Jesus knew that Pilate just wanted to focus on the political accusation: Jesus as “the king of the Jews”. Pilates urged the confession of Jesus, in order to judge Him for rebelling to the Roman authority.

“My Kingdom is not from this world.” Pilate did not understand Jesus’ statement. He might think that Jesus was quite “insane”, admitting Himself as the king of another world. Indeed Jesus is not the same king as other kings and rulers in this world who allied with each other for the sake of various interests and ambitions, using improper ways including violence. He is the King of Truth. His Kingdom reigns in heaven, not on the earth. His coronation and handover of power took place in the sky between the clouds, as seen in the vision of the prophet Daniel.

But as Jesus says, He is the King who comes to this world to testify the truth and only the righteous can hear Him. Pilate’s ears also missed the truth. Even though he knew Jesus did not deserve the death penalty, he did not want to risk his political relationship with the chief Jews priests. He ignored the truth and allowed the soldiers to crucify Jesus.

Pilate failed to see the real Jesus for he was worried about his position. He sought safety by rejecting The Truth. For him the power and worldly authority – at now time – is real and important, regardless it’s dirty and wrong. Don’t we sometimes have the same beliefs too? Sometimes we are blind and deaf because of the worries of worldly power and position. And maybe like Pilate, we might have sold the truth for the sake of the relationship, judging others in a wrong way.

Looking deep into the story of this trial, actually, Pilate is the one being judged by Jesus.  Pilate’s sincerity and the truth are being questioned. Maybe we also have to be there, sitting together with Pilate, facing Jesus. Yes, you and I, who may have been secretly denying the status of Jesus as the true ‘King’. We often expect Him to resemble the other kings of this world. We want to be safe, have a prosperous life, victory, and have power in the world. Isn’t this offered by the candidate for the leader and politicians in their political campaigns? Then, what’s the difference between you and me, with Pilate and the chief priest of the Jews?

Lord, our Father, I present my today prayer, thought, word, work, joy, and sorrow in the unity with Your Son, Jesus Christ, who always presents Himself in the Eucharist for the world salvation. May the Holy Spirit, as the soul of Jesus, also lead and give me the strength today so that I am ready to be the witness of Your love.

Together with St. Mary, Mother of Jesus, and the Church, I specially present my prayer to our Pope and Indonesian Church prayer apostles of this month:

For Evangelization intention:
For those suffering from depression: May those who suffer from depression and mental exhaustion receive the support and guidance to a better life. We pray …

For Indonesian Churches intention:
Appreciation of the faith: May Catholic families be enabled to appreciate their faith in life in a better way. We pray …

Special Intention for the year of St. Joseph:
Please unite us with our brothers and sisters who have died and pray for us, as St. Joseph blessed the ministry of the Son. We pray… 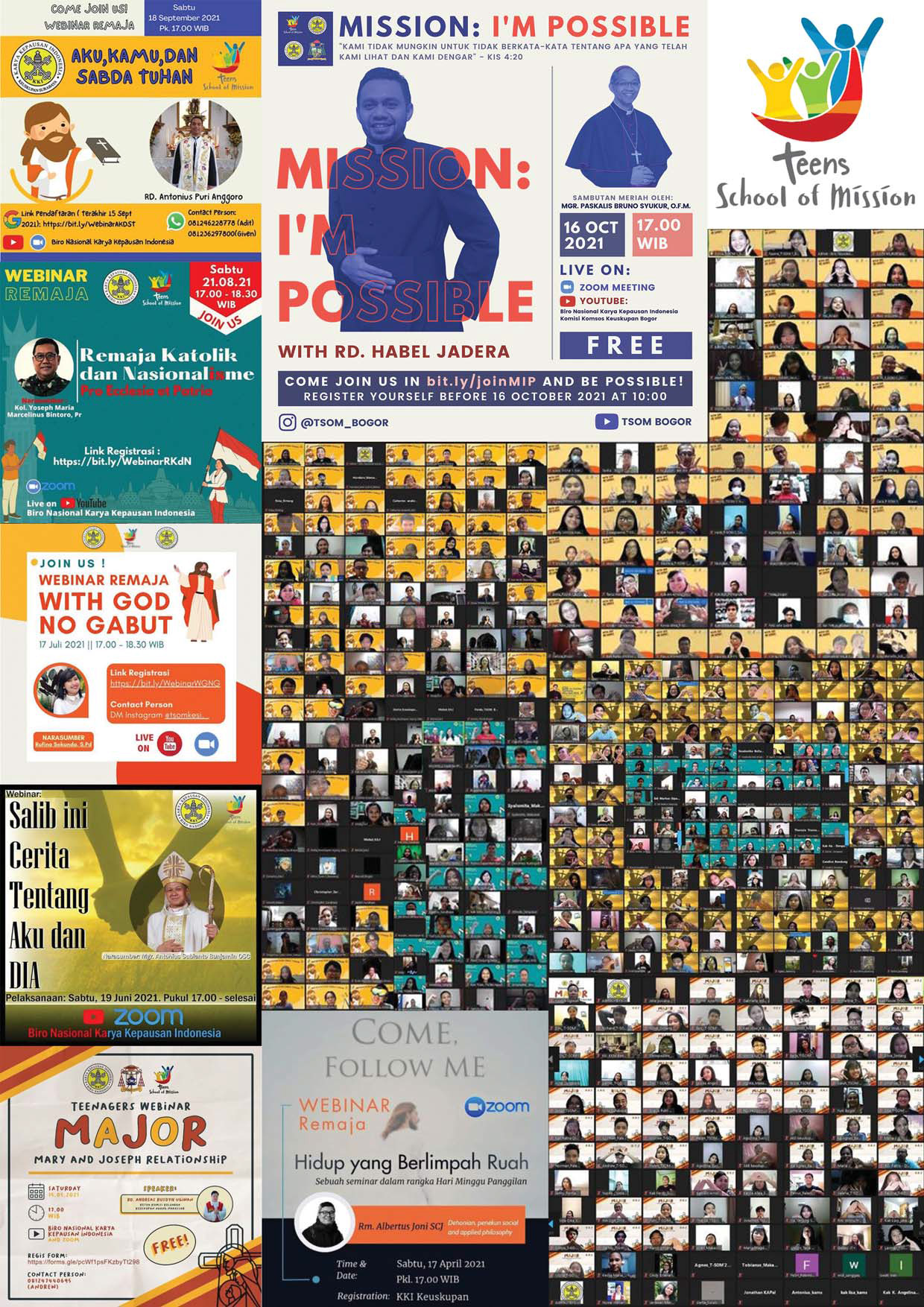